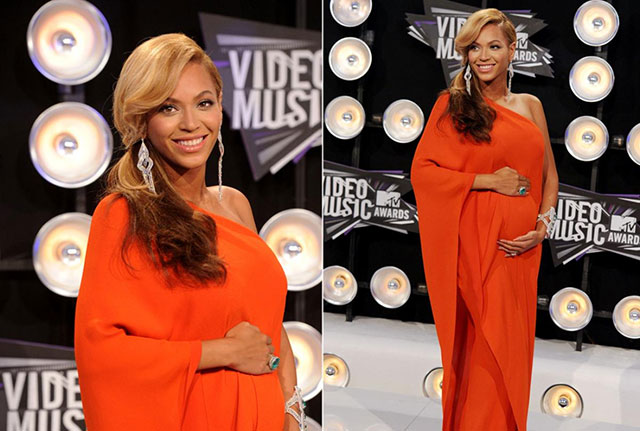 The online celebrity-watching world exploded with excitement last Sunday as Beyonce announced at the MTV Video Music Awards that she is pregnant with her first child. The entertainer, who turns 30 on September 4, 2011, told interviewer Piers Morgan in June that she always said she’d have a baby at age 30.

Having children is one of the major life commitments that people often undertake at their Saturn returns, as Saturn symbolizes sober responsibility and things that involve longer periods of time, two hallmarks of the parenthood experience. The Saturn return marks the time at which transiting Saturn has made one full cycle around the zodiac, thus embarking the individual on the beginning of her next cycle as a full-fledged adult in the world, ready to contribute something new from that position.

If you watch the short excerpt from her June 2011 interview here, you can hear that point being expressed. She feels that 30 is an ideal age, “because you’re mature enough to know who you are and to have your boundaries and your standards, and not be afraid, too polite — but you’re young enough to be a young woman.” She feels as she approaches turning 30 that she is now fully adult, and the interview exchange then quickly moves to joking about whether that means she should have her own child now.

Not everyone has children, of course, either at the Saturn return or ever, but people who want children and haven’t had any yet often do take on this long-term responsibility during their Saturn returns.