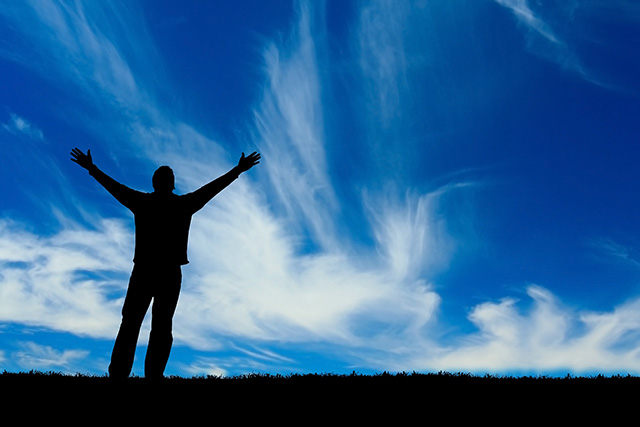 I stumbled across this great blog/book project the other day that just jumped out as a perfect Saturn return example. Reba Riley, a self-described ‘Pentecostal Poster Child,’ grew up in an ultra-religious evangelical environment and felt called to be in Christian ministry, attending a bible college and ministry training.

Then, at age 20 she had a painful break with everything she had believed in, and tried to live the next 9 years ignoring the spiritual side of life. But at age 29, she suddenly felt a yearning for a faith she could believe in.  Riley then developed a project called ‘Thirty by Thirty,’ wherein she would plunge herself into 30 visits to 30 very different religious groups by her 30th birthday, in an attempt both to find a more appropriate worship niche and to overcome what she calls ‘Post-Traumatic Church Syndrome,’ damage from years of strict evangelical upbringing. She has been writing up her experiences into funny and engaging blog posts at thirtybythirty.com, and compiling those into a book.

I contacted Riley and she graciously both provided her birth data and chatted with me about her life. Her birth chart is below. 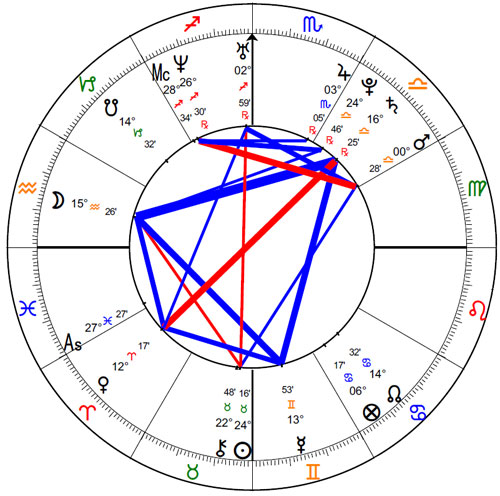 The ruler of Riley’s Pisces ascendant is Jupiter, placed in Scorpio in the 9th house. This makes the realm of higher meaning, religion/philosophy, etc. an area central to her life and identity. As she wrote in this CNN article, a telling synopsis of her religious exile and return, “When faith is your whole identity, rejecting it is not unlike swan-diving into a bed of nails.” Jupiter’s natural expansiveness makes sense of her later embrace of an abundance of varied religious experiences, but in Scorpio and ruled by Mars in the 8th house in the same sign as a contrary-to-sect Saturn, there’s going to be some difficulty involved in this arena as well.

So her Saturn return in Libra  has involved both confronting difficult emotions and past experiences in order to come out the other side, a theme that is sometimes involved with the 8th house,  as well as doing that in the realm of religion, as Saturn is with the ruler of the 9th house, Mars. Significantly, Riley pointed out when we talked that though the overt topic of her project is religion, she views this book and her life’s work at this point as inspiration for others to embark upon their own healing journeys to get through whatever is holding them back – so apropos for someone with Saturn in the 8th house and Sun conjunct Chiron in the 3rd, writing about healing. (Riley finished a B.A. in psychology in 2005 at the waning square to her natal Saturn, setting the stage for later embarking upon her own self-prescribed ‘spiritual shock therapy.’) She also said that another mission of her life’s work is about bringing people together who are different, a lovely expression of natal Saturn in Libra.

Finally, Saturn in Riley’s chart is opposing Venus in Aries. Venus rules the 3rd house of communication in addition to Riley’s Saturn in Libra itself, and so writing has been pulled into her Saturn cycle themes. (To review how the Saturn cycle works, click here.) She reported that when she was 7 years old she won a writing contest, and that was significant to her. This is roughly the age of the first Saturn square. She had her first article published in the fall of 2004, when transiting Saturn was in Cancer at the waning square to her natal Saturn, and started her freelance writing business shortly thereafter; her natal Venus rules the 3rd house and is placed in the 2nd house of income, linking together those two topics. Now, at the actual Saturn return, she has been writing her first book.

The 9th house, where her ascendant ruler resides, is also sometimes involved with publishing; to have both benefics (Jupiter and Venus, planets that generally indicate favorable things) configured with both houses involved with writing or publishing seems auspicious for her book endeavor, especially with the gradual build up of writing as a career happening in accord with her overall Saturn cycle. I wish her luck with getting a publisher, and extend gratitude for providing the great Saturn return story!