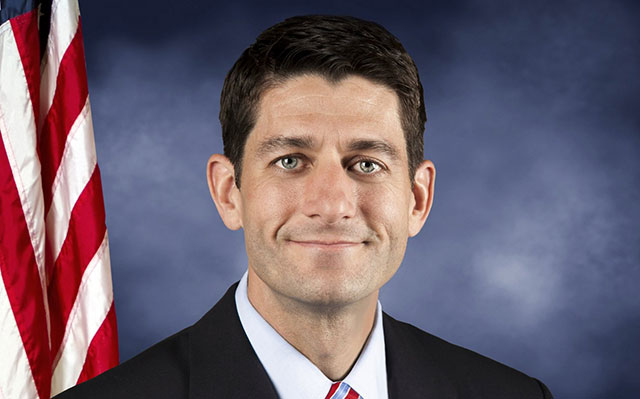 The purpose of this article is to demonstrate how the 28 year cycle of Saturn seems to be tied into his recent political ascent.

This was noteworthy enough  in and of itself to me, but upon further research I noticed that he has a few other important events in his political career that are also tied in to the cycle of Saturn. 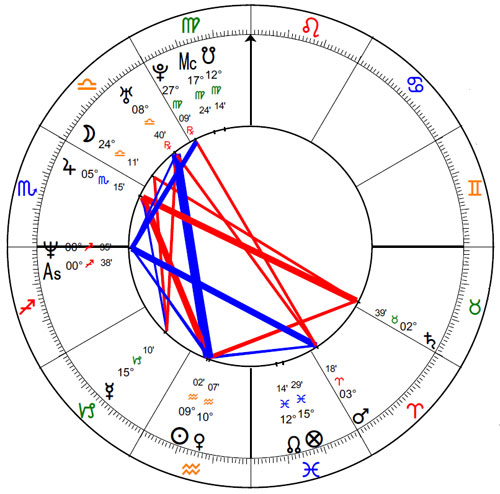 1992 – The Waning Saturn Square in Aquarius

In 1992, Ryan graduated from college with a double-major in political science and economics.  He was hired immediately after graduating to a full staff position with Wisconsin Senator Bob Kasten, for whom Ryan had interned while he was an undergraduate.

Transiting Saturn was in Aquarius at this time, making a waning square to his natal position in Ryan’s chart in Taurus.  This is significant because this square coincided with both the achievement and ending of his formal education, and as well as the beginning of his post-college political career.

In November of 1998 Ryan was elected at the young age of 28 to his first term in Congress. Saturn first ingressed into Taurus in June of 1998, making this Ryan’s Saturn return. It marked both the culminating point of all of his political work leading up to this, as well as the beginning of a new, much more prominent 28 year cycle of Saturn. (Ryan also got married in 2000, near the end of his Saturn return, a very common Saturn return theme.)

In 2006, after the Democrats regained a majority in the House and Senate, Ryan thought seriously about quitting politics, according to this profile in the Weekly Standard. He is quoted as saying

After we got thumped by Pelosi in ’06, I was just sitting in my tree stand right after that election thinking about, you know, Why am I in Congress? What am I doing? Is it really serving a purpose?

After some soul-searching, he decided that if he stayed in Congress he would focus on entitlement reform. He pushed for more influence, and shortly thereafter Ryan was made ranking Republican on the House Budget Committee.

During this time of questioning and re-commitment, transiting Saturn was in Leo, at the waxing square to Ryan’s natal Saturn. The opening square of the Saturn cycle often signifies a challenge to whatever happened at the conjunction; one can face an obstacle related to decisions made then, leading one to question whether they are on the right path, and/or to make adjustments and take the next relevant step. In Ryan’s case, he decided it was worthwhile to stay in Congress if he pushed for more influence on the financial topics he felt strongly about.

2012 – The Saturn Opposition in Scorpio

Now Ryan has just been announced as Romney’s running mate, just as transiting Saturn is about to enter Scorpio in early October, where it will oppose Ryan’s natal Saturn. Looking at this opposition as the next major turning point in this cycle since the first square is interesting, since the financial policies that he redoubled his efforts on at that time will certainly be the center of much debate leading up to November’s election.

This next stage in the Saturn cycle is clearly marking the next step up in political prominence for Ryan, no matter how the election turns out. It will be interesting to see whether Ryan, who has easily won a majority in each of his past Congressional elections, will experience this as his next big win, or conversely, whether this Saturn opposition will literally provide the first major opposition to his usual winning streak. 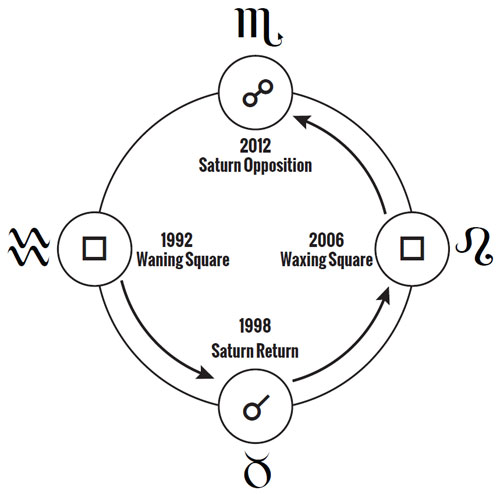