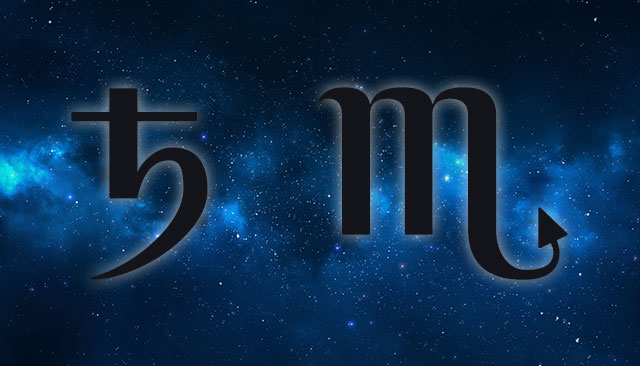 If you were born in the early to mid-1980s, when Saturn was in Scorpio, then your Saturn return officially began yesterday, on October 5, 2012, when the planet Saturn moved back into Scorpio for the first time since 1985.

For Saturn in Libra people, this would also be a good time to reflect on the topics associated with the house that your Saturn is located in, although more in the sense of taking stock of what the past three years have been all about for you, and what lessons you’ve learned from this period in your life. Some of you will have encountered great losses and struggles, while others will have had some great victories and triumphs.

The stage that both Saturn in Libra and Saturn in Scorpio people are at right now is kind of like the midway point in the 1995 video game Earthbound, where the player takes a coffee break and reflects on how far they have come at that point in the game:

Just like the player who has reached the halfway point in Earthbound, during this transition period from Saturn in Libra to Saturn in Scorpio it would also be good idea for those of you with Saturn in these two signs of the zodiac to stop for a moment and reflect on where you have been so far in your journey, as well as where you are headed.

For some tips on what sort of themes you can expect to encounter during your Saturn return, or that you should have encountered if you are just now finishing it, see my previous article on interpreting the meaning of the Saturn return.

I wish you luck…