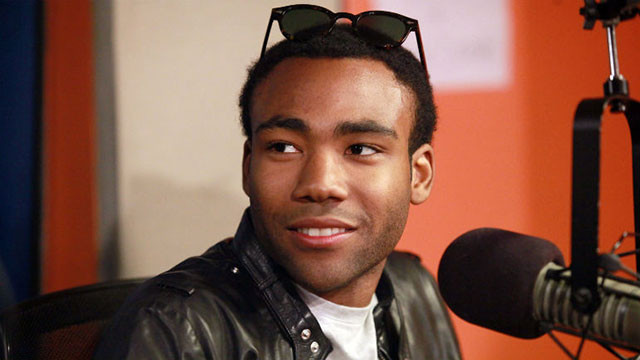 29-year-old actor, comedian and rapper Donald Glover posted a series of notes on Instagram yesterday in which he expressed some remarkably honest and deep reflections about his life, and some of the fears and apprehensions that he has struggled with recently.

Glover has Saturn in early Scorpio, and he is right in the middle of his Saturn return. I was really struck by how well his notes conveyed many of the themes that people deal with during this time, and I think that his reflections provide some very valuable insights for those who want to understand the Saturn return better.

Glover first became famous between 2005-7, when Saturn was in Leo, as a member of a sketch comedy group on YouTube called Derrick Comedy. Later he went on to become a writer for the NBC series 30 Rock, although he is most well-known for his role on the popular NBC show Community. Over the past few years he has also had a rising career as a stand-up comedian and rapper.

Time Magazine noted that Glover has withdrawn from the public eye over the past year, becoming much less active on social media sites and leaving his role on the show Community. Much of this was explained yesterday, when he posted a series photos of handwritten notes on his Instagram account which explained a number of internal issues that he has been wrestling with recently.

According to Wikipedia he was born on September 25, 1983, which means that he has Saturn at 3 degrees of Scorpio. So, his Saturn return began last October when transiting Saturn moved into Scorpio, and he has been in the midst of it over the course of the past year.

The notes were transcribed by a user named nephrium over on Reddit:

IM AFRAID OF THE FUTURE

IM AFRAID MY SHOW WILL FAIL

I HATE PEOPLE CAN SAY ANYTHING

I HATE CARING WHAT PEOPLE THINK

IM AFRAID THERE’S SOMEONE BETTER FOR YOU OR ME

IM AFRAID PEOPLE HATE WHO I REALLY AM

IM AFRAID I HATE WHO I REALLY AM

IM AFRAID IM HERE FOR NOTHING

I FEEL THAT THIS WILL FEEL PRETENTIOUS

IM AFRAID THIS IS ALL AN ACCIDENT

IM SCARED I WONT KNOW ANYTHING EVER AGAIN

IM SCARED I NEVER KNEW ANYTHING

IM AFRAID THIS DOESNT MATTER AT ALL

I DIDNT LEAVE COMMUNITY TO RAP I DONT WANNA RAP. I WANTED TO BE ON MY OWN.

IVE BEEN SICK THIS YEAR. IVE SEEN A BUNCH OF PEOPLE DIE THIS YEAR. THIS IS THE FIRST TIME IVE FELT HELPLESS. BUT IM NOT ON THAT.

KEPT LOOKING FOR SOMETHING TO BE IN WITH. FOLLOW SOMEONE’S BLUEPRINT. BUT YOU HAVE TO BE ON YOUR OWN.

THE LABEL DOESN’T WANT ME TO RELEASE IN DECEMBER CAUSE IT’S NOT A HOLIDAY RECORD AND IM NOT A BIG ARTIST. I STARTED THE RECORD LAST CHRISTMAS. CHRISTMAS ALWAYS MADE ME FEEL LONELY, BUT IT HELPED ME RESTART THE NEW YEAR. I WANT PEOPLE TO THIS ALBUM WHEN EVERYTHINGS CLOSED. WHEN EVERYTHING SLOWS DOWN AND QUIET. SO YOU CAN START OVER.

I GOT REALLY LOST LAST YEAR. BUT I CANT BE LONELY THO. CAUSE WE’RE ALL HERE. WE’RE ALL STUCK HERE.

I don’t think that the notes really require much commentary, since they kind of speak for themselves. I just thought that it provided a really insightful look into the mind of someone who is currently in the process of going through their Saturn return.