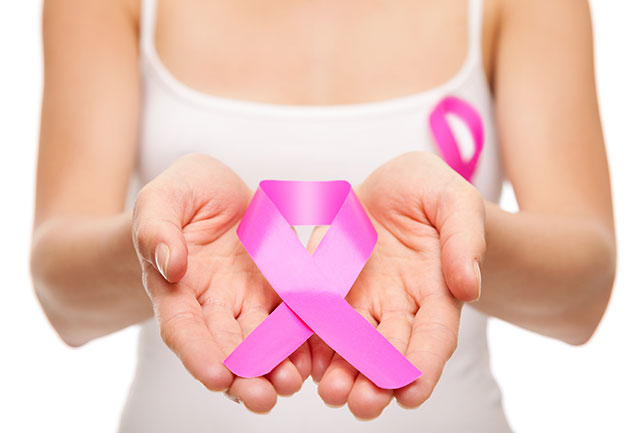 The Susan G. Komen For the Cure foundation has suddenly become the center of a major controversy ever since the announcement Tuesday that the foundation was discontinuing its funding of cancer screenings performed by Planned Parenthood.

As I read articles about the new development, I discovered that they are celebrating their 30th anniversary this year. That’s right – the current uproar is part of the Komen organization’s Saturn return. And I found an interesting tie in with their Saturn cycle to current events, as well.

The Susan G. Komen Foundation (later renamed Susan G. Komen for the Cure) was founded on July 22, 1982 by Nancy Brinker in honor of her sister, who died of cancer two years earlier. Saturn is placed natally in this chart at approximately 16’27 Libra (this is a noon chart). 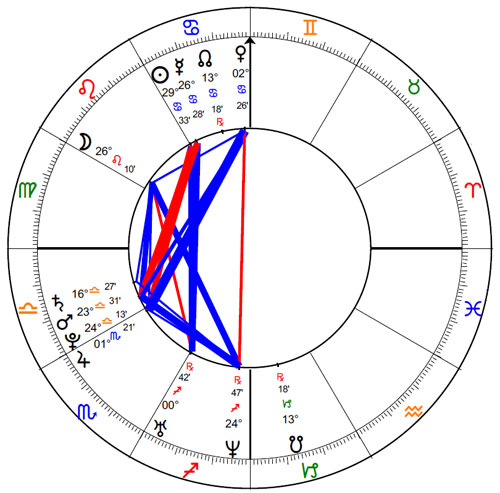 One can see some interesting developments in their Saturn cycle in this timeline of milestones, although there are a lot of accomplishments listed in there. But arguably the first expansion outside the Dallas area was important for what is now such a worldwide phenomenon, and that happened in 1990 at the first Saturn square in Capricorn. Reaching new pinnacles of expansion, in 1998 the first international Race for the Cure event was held, and by this time the Race for the Cure events had become the largest registered 5K in the world; Saturn finished up its opposition transit through Aries in February 1999.

But something else happened during the opposition, too, that I find really fascinating in light of recent events. Near the beginning of that Saturn in Aries transit, at an annual awards ceremony held on January 28, 1997, Komen founder Nancy Brinker was publicly awarded the 1996 Gertrude Shelburne Humanitarian Award by Planned Parenthood of Dallas and Northeast Texas. This apparently has been political fuel ever since that those opposed to Komen’s funding of Planned Parenthood  like to repeat. Curiously, at this point original documentation about Brinker winning this award is *really* hard to find – I finally scored the awards luncheon date from a brief Society page blurb on a scanned, archived page of Park Cities People, a weekly community news and events paper. (Thanks to komenwatch.org for the tip and for noting that this award is often left off of Brinker’s achievements/awards lists.)

Komen’s Saturn return has seemed to coincide with a more solidified critique of the foundation. The critiques themselves have not begun recently – interestingly, Breast Cancer Action, an advocacy group that has frequently pointed out issues with Komen, was itself founded in 1990 at the at first square in Capricorn. But they seem to have garnered more popular attention over the past couple of years. Below is the timeline of some Saturn return events.

Saturn first ingressed into Libra on October 30, 2009. Popular author Barbara Ehrenreich’s book Bright-sided: How the Relentless Promotion of Positive Thinking Has Undermined America was published October 13, 2009, just about two weeks before the ingress. This book devotes its very first chapter to expanding an earlier Ehrenreich essay skewering “breast cancer culture.”  About a month after the ingress, on Dec 2, 2009 Brinker was appointed CEO of Komen.  On October 28, 2010, Pink Ribbon Blues: How Breast Cancer Culture Undermines Women’s Health is published, an entire book devoted to critiquing the “cancer cause” industry. The foundation also was scrutinized for the spirit and financial costs of its legal threats against smaller nonprofits with the word ‘cure’ in their names in 2010. Over the past couple years, Komen has been critiqued for its official statements denying a BPA-cancer link, despite strong scientific evidence to the contrary, and while it was simultaneously funding a study of BPA-cancer links itself.  It also came under attack a few months ago for endorsing a pink ribboned perfume which was shown to contain two chemicals that can disrupt hormones.

Amidst these controversies, Nancy Brinker published her memoir Promise Me: How a Sister’s Love Launched the Global Movement to End Breast Cancer. The hardback version was published on September 14, 2010; a year later the paperback was published within about 24 hours of Komen organization’s exact Saturn return, on September 13, 2011.

And what of this week’s eventfulness? Well, Saturn only has eight months left in Libra. But at this moment it is stationing (exact Feb. 7th), concentrating that Saturnian scrutiny, and is exact almost to the minute in squaring the Komen foundation’s Sun at 29’33 Cancer. The Atlantic Magazine published this article on Thursday based on interviews with Komen insiders, in which a former senior staffer called the Planned Parenthood funding issue “a burr in the saddle of Komen, but it withstood the issue for years and years.” That relationship with Planned Parenthood that sparked a political divide for Komen at the Saturn opposition has finally come to a head during its Saturn return. It will be interesting to see how Komen continues to react to this backlash, and what results from that during this last bit of a pivotal time for them.

Updates 2/6/12: As most everyone has heard by now, the Komen foundation kind of reversed their defunding decision shortly after this was published on  Friday 2/3/12. It remains to be seen whether they will actually fund Planned Parenthood in the future or whether it will have merely technically regained eligibility for grants but still not be chosen. Nonetheless, it’s interesting that this reversal happened just as Saturn was stationing retrograde, with its symbolism of going back to review decisions recently made.

Also last Friday, a documentary called Pink Ribbons, Inc., designed as a kind of expose of the Komen foundation began showings in Canadian theaters; it’s also playing at U.S. film festivals and is set to have a U.S. theater run later this spring. (Thanks to Wonder Bright for pointing me to the movie!) It’s fascinating timing, as it exactly coincided with this other major public backlash against the organization as Saturn stationed square their Sun. Better yet, though, I looked up when the film was originally premiered, and guess what? The very first showing, at the Toronto International Film Festival, happened on September 11, 2011 – within 24 hours of Komen’s exact Saturn return, and two days before the paperback release of Brinker’s Promise Me memoir. So, within a three day span during the exact return, probably the most critical version and a reprise of the most idealistic portrayal of Komen’s 30-year history were released.